APEC member economies, the world’s largest producers and consumers of energy, are advancing new measures to double the share of renewable energy in the region within 15 years to keep pace with rising demand and ease the environmental impact of economic development across the Asia-Pacific.

Actions ranging from technical cooperation to facilitate solar photovoltaic rooftop installation to support for low carbon heating system development and renewable energy grid integration were taken forward during a just concluded week-long assembly of APEC energy officials in Port Moresby, on the heels of the APEC Economic Leaders’ Meeting and subsequent bilateral meeting between China and the United States that announced their landmark emissions deal.

“The only way we are going to satisfy demand needed to keep our diverse economies moving is by improving the development and use of LNG and conventional fossil fuels while taking further steps to diversify the region’s energy mix,” Duban explained. “All of us in APEC want to see renewables play a larger role in production and consumption in the region and we are working closely to address cost and technical bandwidth issues to help make this happen.”

As APEC economies implement their ground-breaking commitment to reduce tariffs on 54 “environmental goods” to five per cent or less by the end of 2015, improving the accessibility of products such as solar panels and wind turbines, emphasis is turning to the fostering of international standards and best practices that are vital to the mainstream application of renewable technologies. A new gap assessment paper is also being prepared.

The APEC Low Carbon Model Town initiative, which promotes low carbon urban design based on real-world feasibility testing, is being expanded in-line with these efforts. Renewable energy-powered buildings and community energy management systems that support solar energy and electric vehicle use are among the proposed measures for adoption in San Borja, Peru, a new participant in the initiative in 2014, which could help to cut its emissions by up to 28 per cent within seven years.

APEC economies this week confirmed Bintung City, in North Sulawesi, Indonesia, as the fifth APEC Low Carbon Model Town whose ranks also include Yujiapu on the outskirts of Tianjin, China; Samui Island, Thailand; and Da Nang, Viet Nam. The initiative was launched by APEC in 2010.

“Renewables still account for a modest proportion of energy supplies across the APEC region but there is opportunity for growth,” said Dr Phyllis Yoshida, Lead Shepherd of the APEC Energy Working Group. “Technological advancements are making renewables more economically viable and increasing the incentives for governments to put in place policies that remove barriers to, and speed up the employment of, these clean, sustainable energy resources.”

Renewables constitute about 10 per cent of energy supplies across APEC economies. In September in Beijing, the region’s Energy Ministers committed to doubling this amount by 2030, from 2010 levels. Definitional issues related to this goal, bearing in mind different environment situations and concerns about the employment of certain kinds of renewable energy, are further challenges being addressed.

A definition for the doubling was adopted this week that includes renewable energy generated by large hydroelectric plants, which APEC economies are collaborating on to make sure is sustainable, but does not include woodfuels, agricultural by-products and dung known as “traditional biomass.” Methodology for measuring progress towards this goal is still being clarified. Monitoring approaches are also being explored.

“We are working to make renewables a cornerstone of energy development and taking on board new policy innovations to move this process forward,” concluded Dr Yoshida, who also serves as United States Deputy Assistant Secretary of Energy. “This isn’t just pie in the sky kind of stuff we’re dealing with but real, concrete steps to boost renewable energy’s contribution to powering economic growth and in ways that reduce emissions and mitigate the effects of climate change.”

Collectively, APEC economies account for 55 per cent of global energy production and 60 per cent of total energy consumption. 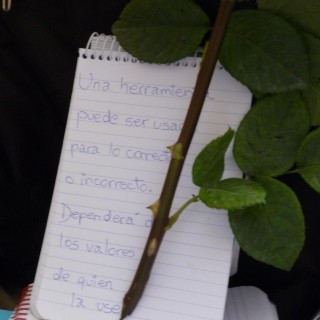